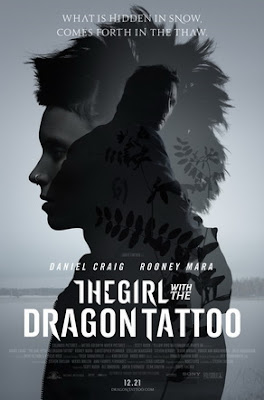 I was very excited when I heard that this movie was being filmed to open in the U.S. (there was already a swedish version). I read the book last year and I could not put it down! It’s a story about Mikael Blomvist, a journalist whose reputation is compromised after he is convicted of libel. He is hired by Henrik Vanger to investigate the disappearance of his niece who disappeared 40 years prior. He enlists the help of Lisbeth Salander, a computer hacker/investigator who helped do his background check for Henrik.

This movie was just as good as the book, if not better. The characters were exactly how I pictured they would be, and Rooney Mara seriously deserves an Oscar for her performance as Lisbeth. I hardly ever want to see movies for a 2nd time but I wouldn’t mind watching this again!

As a side note, there are some very disturbing parts involving sexual violence so it may not be the kind of movie everyone wants to see.