Hey ya’ll… I had a relaxing, fun and eventful weekend here in Charlotte :)

I woke up early for a Saturday. I made my usual smoothie and went for a walk. Then I wanted to explore Charlotte a little bit and ended up at the Billy Graham Library. 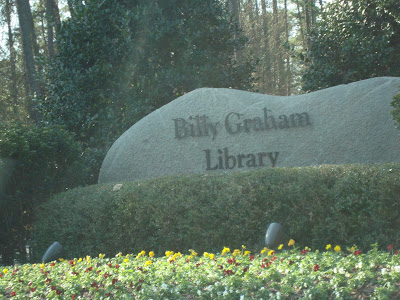 The Billy Graham Library is located in South Charlotte so it was about a 15-20 minute drive for me. To be completely honest, I had no idea what it even was until we got there! Originally I thought it was an actual library and then I thought it was where he grew up. It’s actually more like a museum to document Billy Graham’s life. There is no charge and the parking is free so it’s definitely an inexpensive activity for a Saturday afternoon!

Here is what the library looks like from the parking lot: 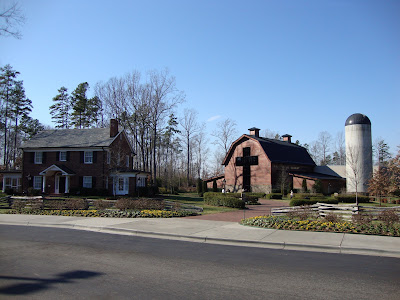 This building is the house Billy Graham grew up in. Almost at least. He actually grew up in South Charlotte and they built this house on the library property to be identical to this one: 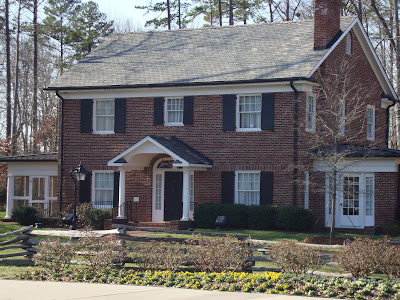 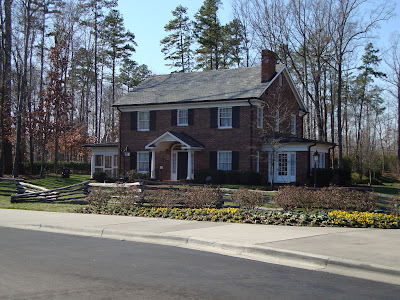 The walk to the library…. 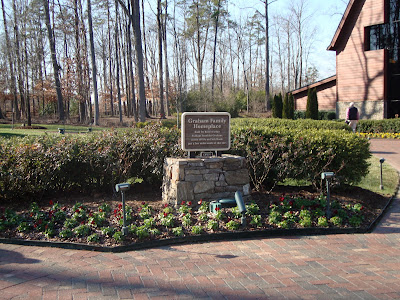 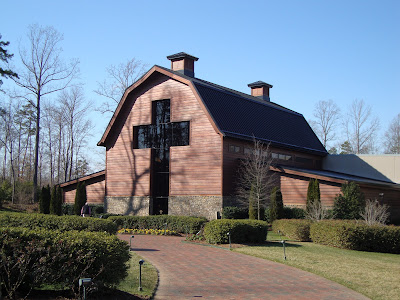 When you first walk in, there’s a talking cow. We honestly didn’t stay and listen to it so I can’t tell you the significance! I’m a bad tourist…. 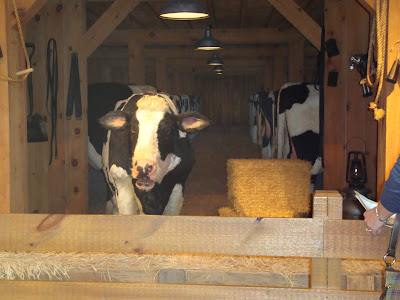 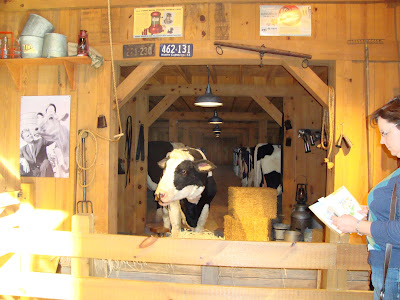 Just past the talking cow, there is an open area where the tour starts. You watch a short video that summarizes Billy Graham’s life, his journey to evangelism and the significance of the Billy Graham Library. 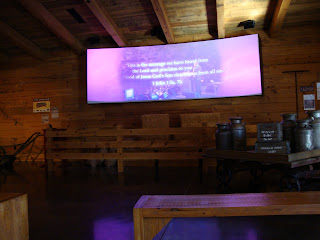 Once this video is over, doors to the side open and you begin the tour. It is basically a “tour through time” into 6-7 different rooms that chronicle Billy Graham’s life. For example, the first room was talking about when he knew that he wanted to go into the ministry. The room after that was all about how he fell in love with his wife, Ruth. It basically went on through his life and each room had a video playing in it. The first 2 or 3 rooms were guided but after that you could walk through at your own pace and skip the videos if you wanted. I don’t have any photos because there was no flash photography allowed.

After the tour, you can go through the bookstore and purchase a variety of religious/spiritual books. There is a section of just Billy Graham’s books and another section of books written by his family members but a majority of them are just by regular authors. They also had these really cool coffee mugs with inspirational quotes but I didn’t get one because they were so expensive- now I’m mad at myself because I really liked it!!

There’s a small deli called The Dairy Barn and we ate lunch there. They mainly have salads and sandwiches- I got a Turkey & Cheese sandwich. It was really good! 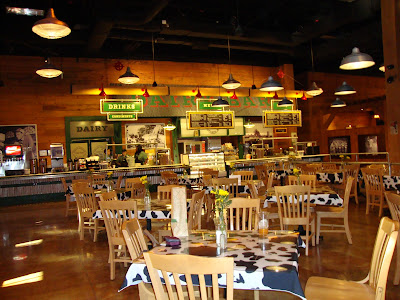 Billy and Ruth Graham’s love story was very sweet and inspirational. I had no idea that she had passed away so at the end of that room tour when they said Ruth was buried in the garden at the library, I was kind of shocked and wanted to cry! 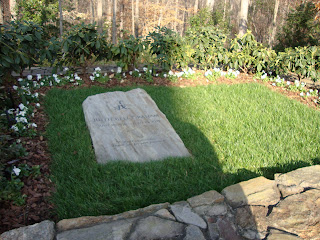 One of the most memorable rooms was the one where it showed him giving a sermon after 9/11:

There was also a room that was all about Billy Graham and the media, and the video showed a few of the interviews he’s done throughout the years (Johny Carson, Larry King, etc.). I forgot who the interviewer was but he kept asking Billy Graham technical questions about his interpretation of the bible and Billy finally responded with something like, “If you try to explain every single verse of The Bible in a literal way, it will never make sense.” I could really relate to that because sometimes that is how I feel about it!

Overall, I really enjoyed our visit to the Billy Graham Library. Honestly, I’m not super religious but I actually really like Billy Graham. It was interesting learning about his life!