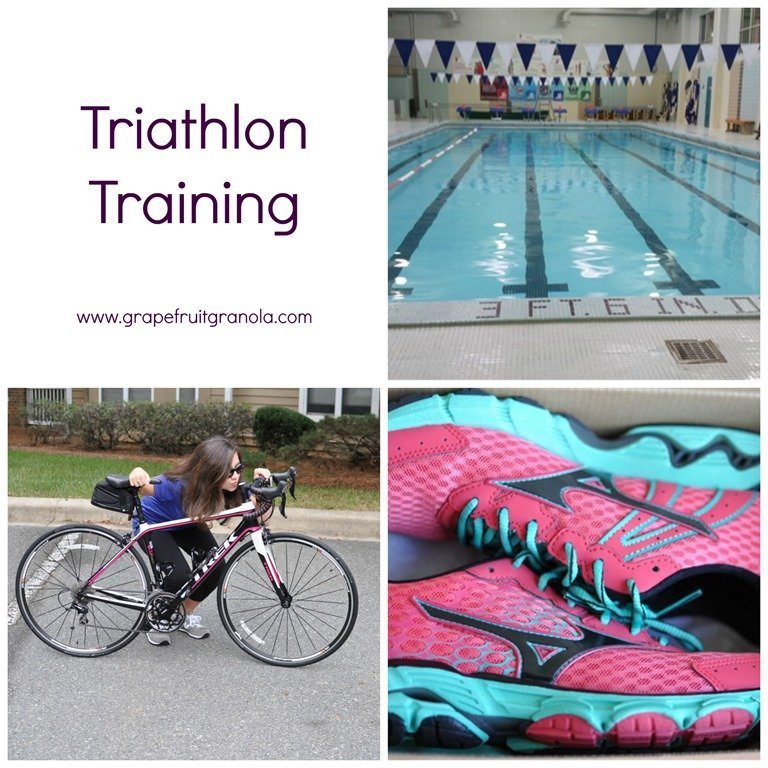 Hey guys! Just checking in for a recap of my 9th week of triathlon training! 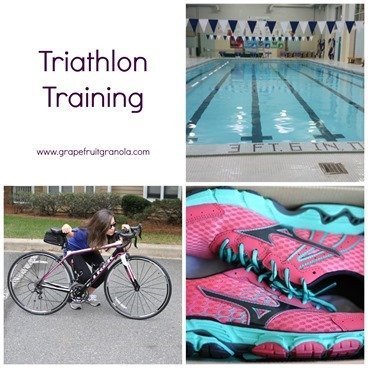 I wasn’t quite sure how week 9 would go because I started a new job and also worked one final weekend at my old job (in other words, I worked every day). But overall I’m pleased with my progress and mostly being able to stick to my plan.

This was supposed to be a rest day but since I didn’t do any workouts on Saturday or Sunday, I decided to rearrange my week and work on swim sprints. 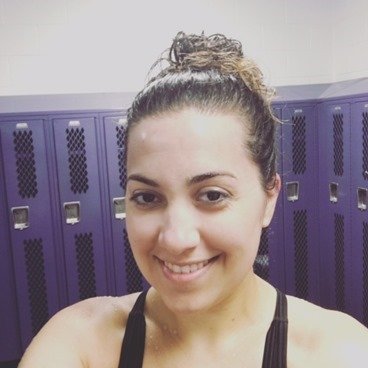 My triathlon plan includes swim sprints every Tuesday, but I wasn’t able to do them while I had my cast on my wrist. Tuesday was the first day I tried them and basically I thought I was going to die the whole time

I think this was only the 4th time swimming for the past few months and I was e.x.h.a.u.s.t.e.d. after that.

Brick workout day! I rode my trainer for 50 minutes and then ran for 15 minutes. I really struggled on the run, which I think was a combination of being tired from the swim sprints the day before, improper fueling and dehydration.

I had intentionally planned Wednesday as a rest day. I ended up getting stuck in traffic on the way home on Thursday and it just kind of bombed my whole night.

I had a 25-35 minute run on the plan. I had to squeeze this in right after work because I had plans Friday evening, which meant I had to run outside at like 6pm. I think it was in the 90s and the heat was too much for me. I ended up only running 25 minutes but the good news is that I ran a 12-minute mile. If you’ve been following here then you know I’ve really struggled with running and have worried about my lack of speed. So my faster mile time made me feel good! 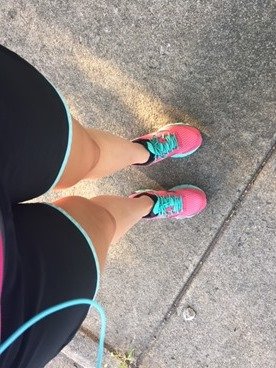 I had to work this day but put a swimming bag in my car justtttt in case I could make it to the gym on my lunch break. This was some good thinking because I was able to stop by the Y and swam 1,000 meters! I took a lot of breaks in between there.

I had a cycle on the agenda for Sunday. B and I went to gym and I rode the stationary bike. I ended up doing 12.5 miles in an hour, alternating between a fast speed / low resistance and slower speed / high resistance.

Changes to my tri plan

My tri plan previously incorporated 1 rest day but I’ve decided that it’s not enough rest for me now that my workouts are starting to exceed 1.5 hours. I really need a second day. I resisted this because I lost out on a lot of swimming time, plus I’m not the best runner, but I think it’s important to listen to my body.

Only 4 weeks left of training

It’s hard to believe that I’m already on week 10 and the triathlon is now less than 4 weeks away. Physically I feel pretty good other than being tired all the time.

Here’s what’s on my to-do list for the next 4 weeks:

– GET MORE SLEEP. I am doing horribly with this! Some nights I’m only getting 5.5 hours and I think I would feel so much more rested if I could get at least 7.

– Figure out what I’m doing to wear on tri day so I can practice in it. Yeah, I still haven’t done this.

– Mix it up with cycling. I’d like to either join in on some group rides or take a spin class. Not sure how I’m going to ride for 90 minutes on my trainer!

Some questions for you:

Do you splurge on workout clothes or stick to the cheap stuff? I have super cheap tops (most of them are from TJMaxx or the Nike outlet) but I only like running in LuluLemon shorts. And balega socks.

Any good tips for getting more sleep? I have to get up at 5:30am for work and I just have a hard time going to bed early.