Hey guys! I hope everyone is having a great week and enjoyed this past weekend. We got some great R&R without much on our calendar :)

G&G has been keeping me really busy in May/June!  I’m taking a break from taking on new clients while I work on a nutrition consulting contract. I’ve loved building up my 1-1 client base, but one of my goals for 2019 was to diversify my work a little bit. It has been fun to mix things up, and I’m really thankful to have autonomy in my schedule to do different things at different times. If you’re interested in nutrition counseling, I’m scheduling new clients for the first week of August!

I’m mostly just popping in today to give an update on the house renovation. Writing these posts is fun for me because it gives me a break from thinking and talking about nutrition!

The house is about 3 months away from completion and the thought of being able to move in soon is really exciting. We bought the house last August so it has been a loooong road to get to this point. Here’s an update on what has gone on since my last update in May:

One of the biggest concerns with the light fixtures were just making sure they weren’t too tall since we only have 8 ft ceilings.

The house passed inspections for HVAC, plumbing, electrical, mechanical and fireplace. Wahoo! This meant we could move on to bigger and better things. While the inspections were going on, we also: 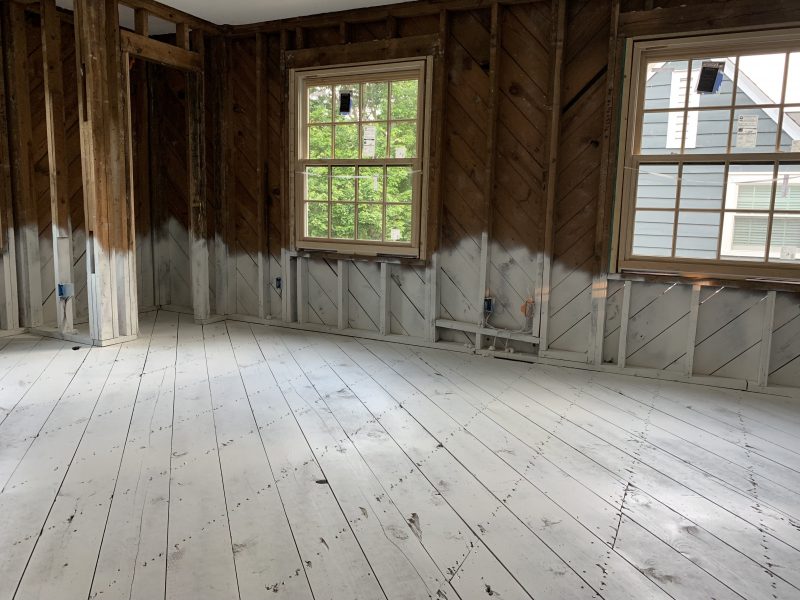 Something else that happened this week that was a bummer was that our shed was broken into. Someone climbed in through the window and stole a generator and weed eater. The window was unlocked but we didn’t realize it could be opened. We had tried to open it several times over the past year and it wouldn’t budge, so we thought it was jammed shut and we would be fine. 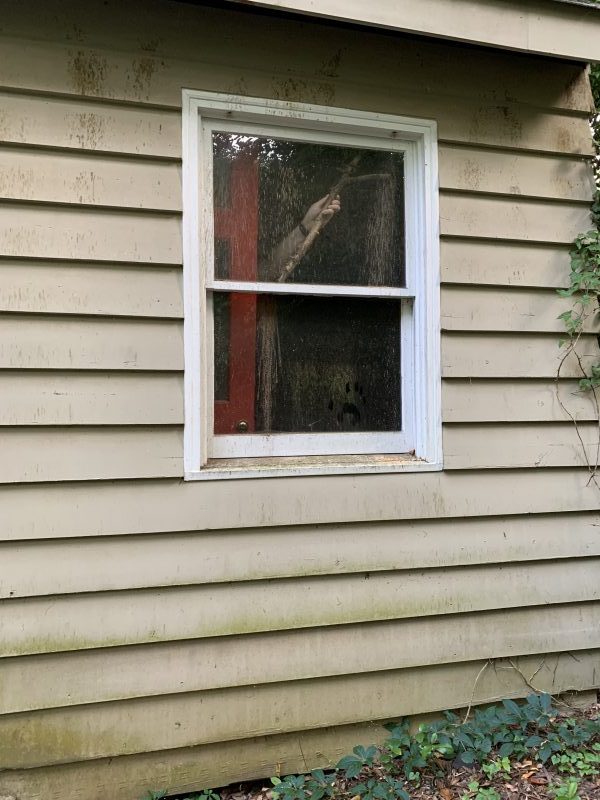 Unfortunately, the police said they couldn’t do anything unless we had the serial numbers from the items stolen. We don’t, so that was that. The photo above is of the window, the giant handprint on it, and B attempting to secure it after the fact with a random stick from the yard, lol. Don’t worry. Our contractor fixed it for us.

Sometimes I have no idea why we decided to be homeowners.

This was the week where we felt like things got held up a little bit with the insulation and drywall. We kept waiting for insulation to be installed but it ended up not happening. Our contractor told us that the drywall company typically does 2 jobs in one day, but they had to scale it back to 1 job per day because the temperatures were so hot in Charlotte. I can definitely understand that because the inside of the house was sweltering hot. This all also fell over Memorial Day week, which I’m sure didn’t help things. 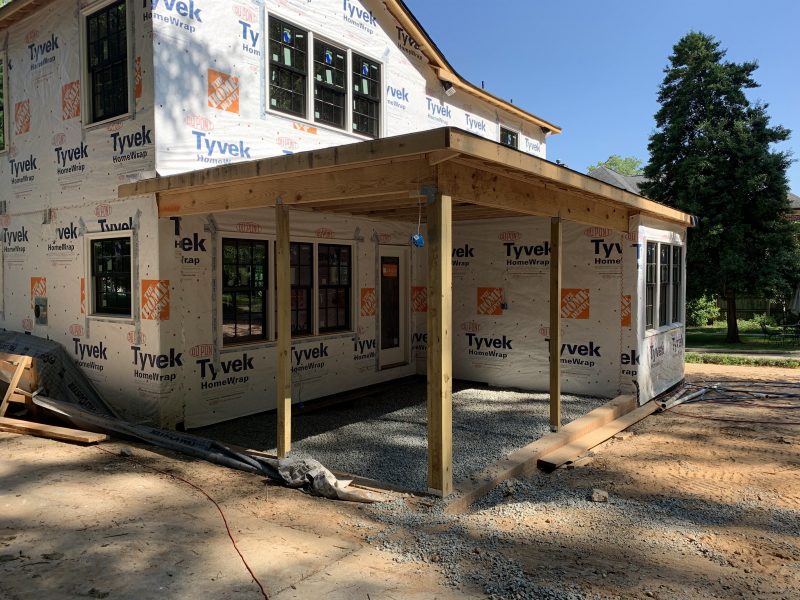 We also picked out exterior paint colors. Did you know there are about 1,000 shades of white out there? I wanted something bright and crisp that didn’t have any creamy undertones. I think everyone things I’m crazy because all I talk about when I look at paint colors is how I don’t like warm or cream colors. 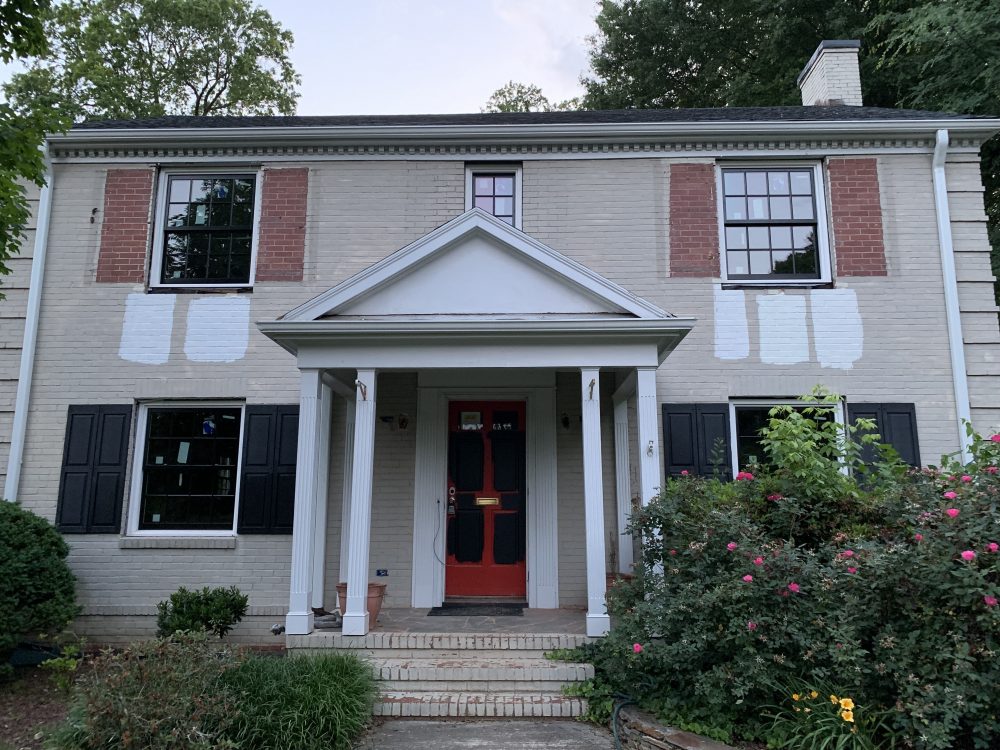 Here are the following samples from left to right on the house:

We ended up going with SW Alabaster originally. See week 44 for why I say “originally” :)

We also picked out SW reflecting pool for the front door. 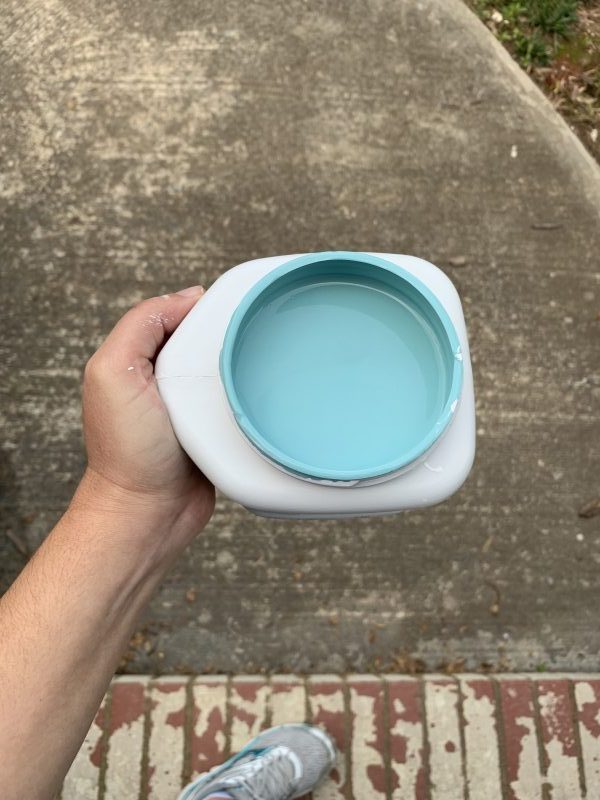 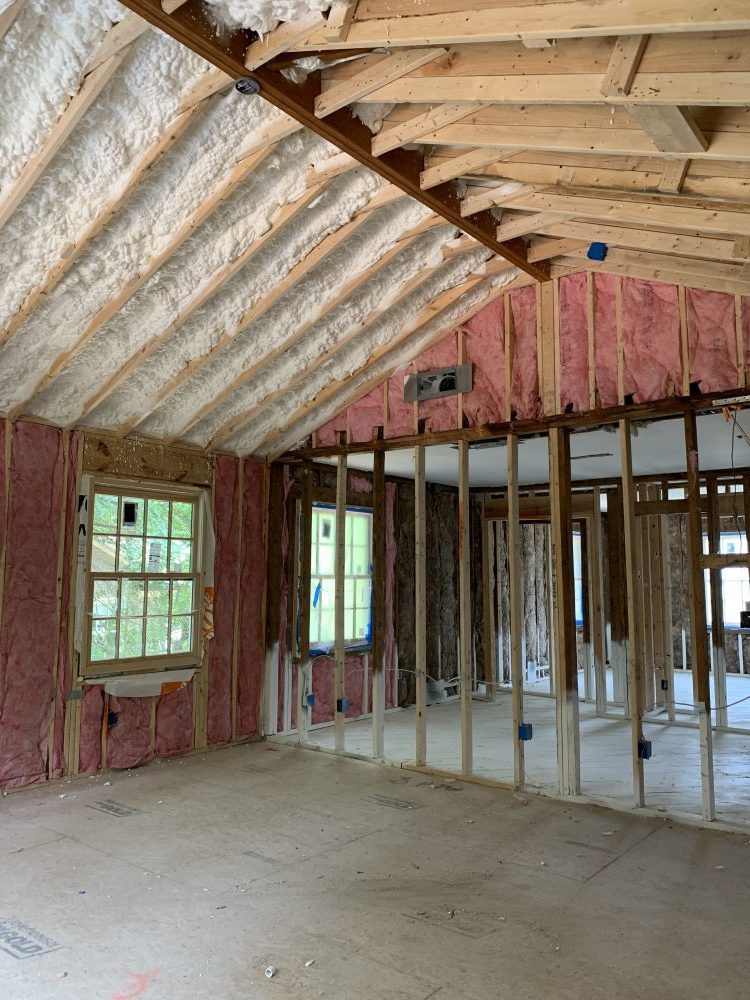 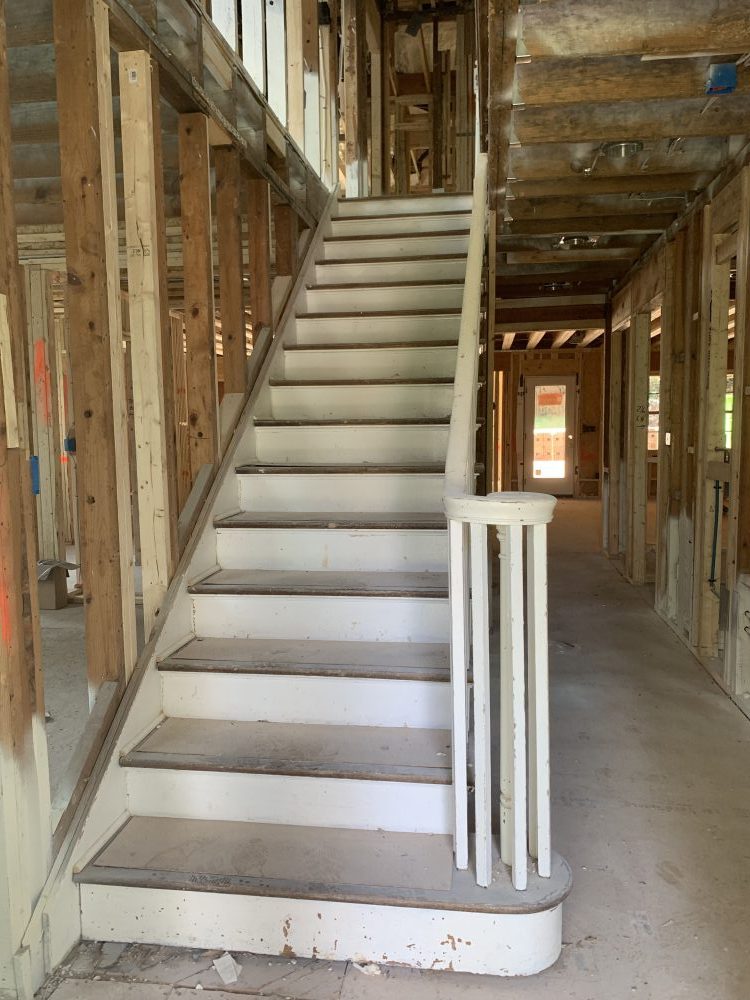 I really dislike the style and how the railing curves around at the bottom. We have to replace the bottom tread, so we decided to make that bottom step smaller so that the railing can run straight into the newel. No more curly railing :) The spindles/balusters will stay a similar style but I picked a new newel (the post) like this one below: 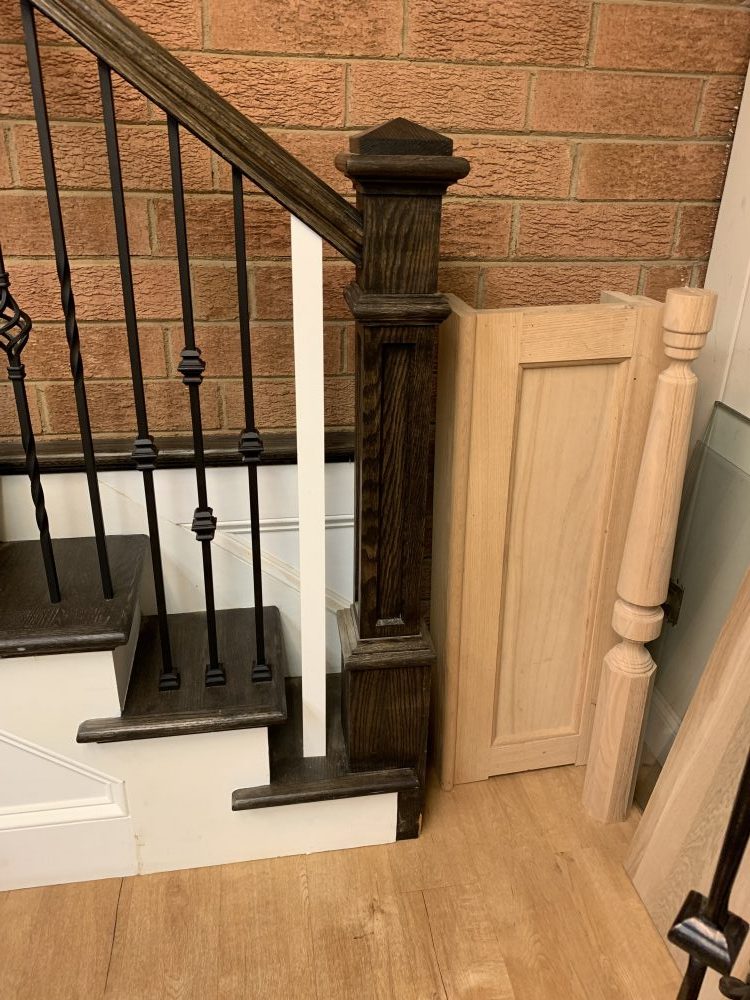 I was afraid it was a little too craftsman but the stair company said it’s their most popular style, even in traditional homes. I verified this by googling houses in our neighborhood for sale. Google, man. It’s a beautiful tool.

The best part of the end of this week is that our project manager gave us a projected move-in date of early to mid-September. That timeline is heavily padded in case things get pushed back a bit, so we’re hoping that’s when we’ll actually be able to move in. Our lease is up at the end of September and we really don’t want to have to have to stay in our apartment any longer than that. I just have to hang in there for 102 more days… not that anyone is counting.

The progress continues. Things are really coming together: 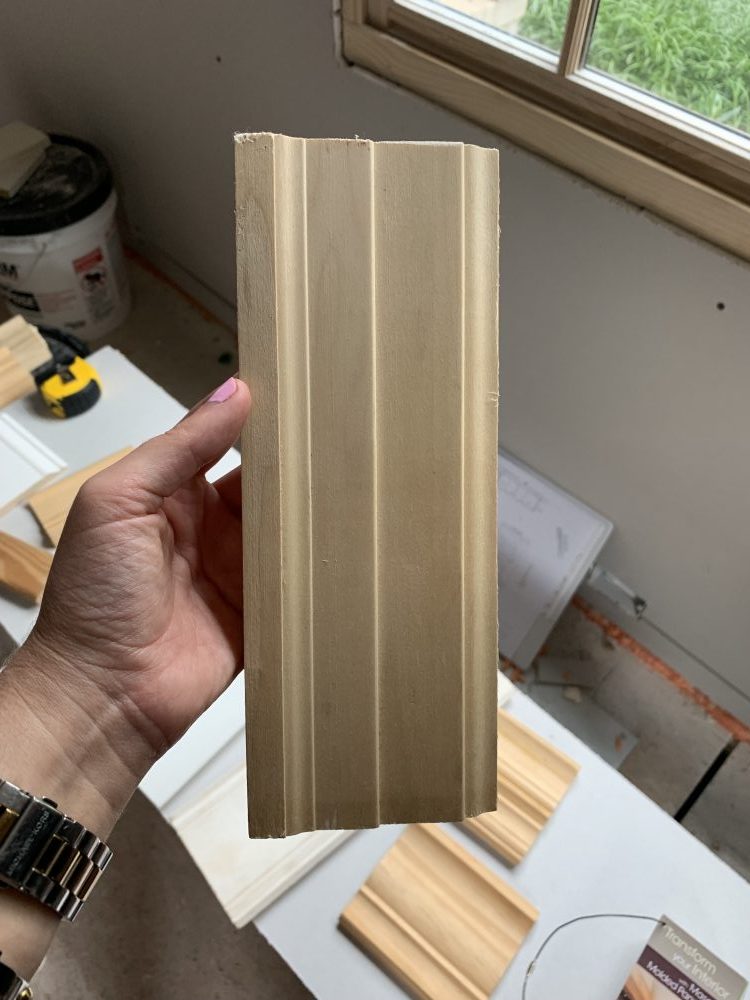 Drywall is nearly done and they are finishing that up this week. Then they will start hardwoods and tiling next week. They keep saying we’re almost at the end of all selections… I’m looking forward to that!

Thanks for following along!