There are several different ways to fast…

Choosing a specific timeframe each day and only eating during that window.

Alternating between days when you fast and does when you don’t.

Or only fasting one day per week.

Let’s look at some of the research with intermittent fasting and chat about how it could affect you with PCOS.

Gaps in Research for Intermittent Fasting and PCOS

While Intermittent Fasting research may sound promising at first, the overall research is actually pretty limited. Most studies are done on animals and the studies that involve humans are typically short-term (1 year or less), and are done on men.

What’s ironic is that men are seen as the “ideal” study participants because women have fluctuating hormonal cycles that need to be taken into consideration… but isn’t that exactly what we’re interested in, especially with a medical condition that affects hormones?!

Not all IF studies show positive results. For example, in a 12 month study with alternate day fasting, insulin sensitivity did not improve when compared to the control group. Additionally, multiple studies (two involved Alternate Day Fasting and the other involved Time Restricted Fasting) found that those who were IF had lowered leptin levels. Leptin is a hormone that decreases appetite. This could be harmful because IF could potentially increase one’s appetite. Increased appetite is something that those with PCOS may already struggle with because of insulin resistance and resulting carbohydrate cravings.

Animal studies have shown longer term success in health outcomes. Before choosing to intermittent fast with PCOS, I would want to see longer term data in human studies – especially those with a uterus and a PCOS diagnosis.

Why I Don’t Recommend Fasting for PCOS

First, I want you to know that you can manage insulin resistance and balance blood sugars with PCOS without fasting. So let’s just get that out there!

Next, remember that most diets feel like they “work” at first, but they almost always fail over time. When was the last time you heard of a friend or family member following a diet for their entire life and feeling pleasant physically, mentally, and emotionally?

Could you see yourself fasting for the rest of your life?

In addition to dieting being unrealistic and unsustainable, dieting can actually harm PCOS over time. Most dieters weight cycle, or go through periods where they diet, lose weight, stop dieting, and gain all of the weight back (and sometimes then some!). Weight cycling is associated with worsening insulin resistance, increasing inflammation, increased depression, and an increase in blood pressure – all things that we don’t want to make worse when you have PCOS.

Let’s also talk about the restriction aspect of intermittent fasting. Whenever the body is deprived of food, this can lead to preoccupation with food, overeating, and even binge eating. Given the increased risk of disordered eating with PCOS, especially binge eating, I don’t recommend fasting or restriction for PCOS. If you are someone who has a poor relationship with food then ending the diet cycle is going to help your PCOS.

An exception to this would be fasting for religious reasons or holidays, such as Ramadan or Yom Kippur, in which case fasting may be a part of honoring your faith.

For more information on nutrition tips to help PCOS and hormones WITHOUT restriction, head to my blog page! 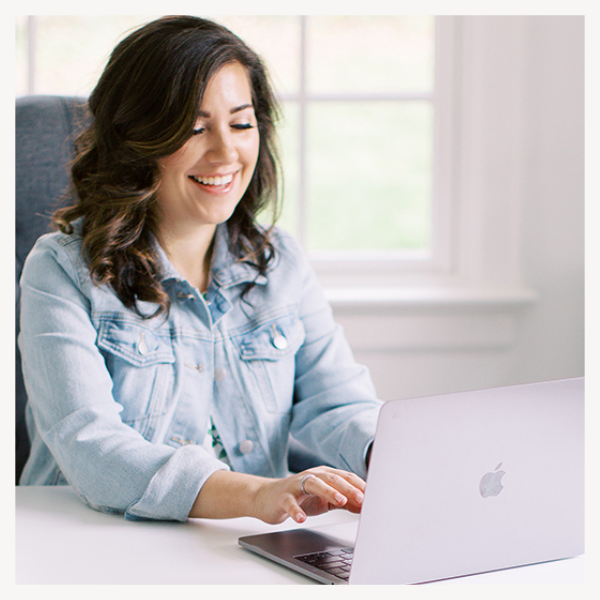